Posted by Mark Richards at 10:21 AM No comments:

Look who's sitting in front of the Matthew Flinders maquette at Kensington Palace today...

Article in Adelaide Advertiser
Posted by Mark Richards at 8:56 AM No comments:

After heaping much deserved praise upon the Duke of Cambridge for supporting the statue project, HE High Commissioner Alexander Downer spoke with tenderness about Matthew Flinders and his role in creating modern Australia.  He also initiated a period of silent reflection for the appalling tragedy that yesterday befell passengers on the Malaysian airliner in the skies above Ukraine.

Agent General, Bill Muirhead, expanded on the Matthew Flinders legacy with humour and apt and generous praise for the project and his fabulous team at Australia House.

Chairman, John Allen gave a heartfelt speech on behalf of the Matthew Flinders memorial committee before presenting Prince William with his maquette. 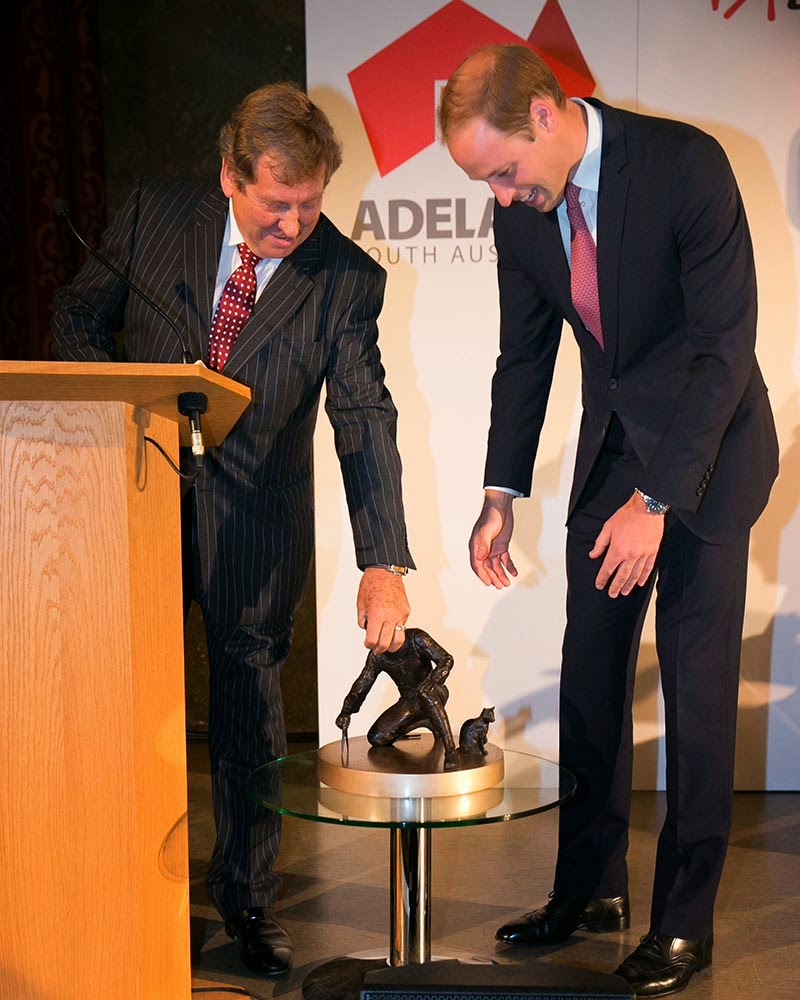 Lastly The Prince gave a moving speech...transcript below 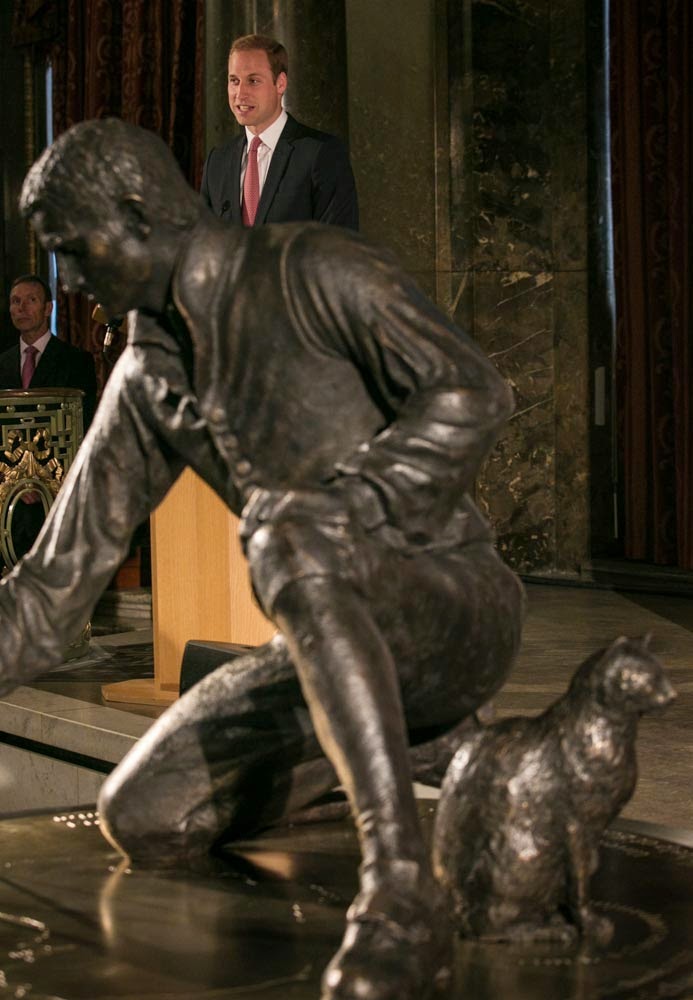 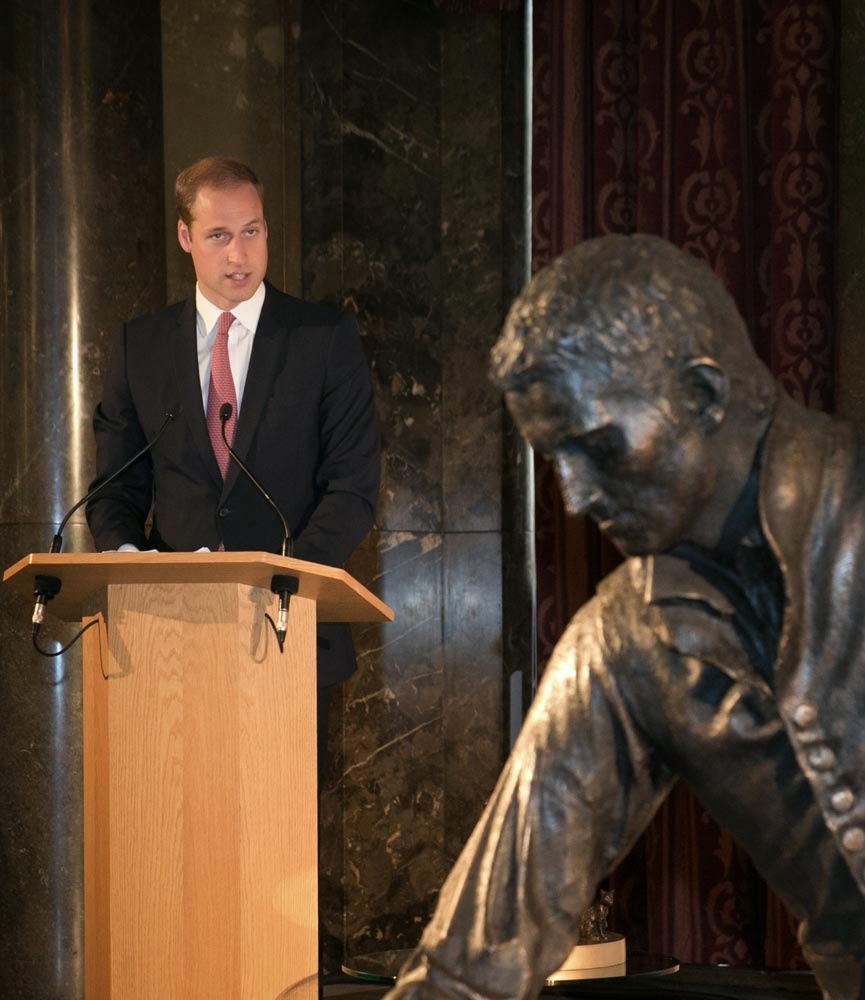 High Commissioner, Agent General, distinguished guests, Ladies and Gentlemen, thank you for your very warm welcome.
I know that I speak for all of us here when I acknowledge our deep sadness following yesterday's disaster in the Ukraine.  For all of us who have lost fellow countrymen and women in the tragedy, words cannot do justice to our sense of loss.  For Australians, and for our Malaysian brothers and sisters in the Commonwealth, the crash is a particularly cruel tragedy coming so soon after the loss of MH370.  Please be assured of my family's thoughts and prayers at this time.
Earlier this year, you will know that Catherine and I had the great pleasure of spending time, with George, in Australia.  In South Australia, we visited an organisation that will long live in our memory called the Northern Sound System.  There, we met young people – some from very difficult backgrounds – who were turning their lives around through the power of music.  The place was Australia at its very best: young, innovative, caring, cool … it was a truly uplifting place. Australia is a very dear country to me and Catherine, and so I am particularly honoured to have been invited today to celebrate a man who did far more than anyone to place Australia – quite literally – on the map.  I am aware that this statue, and its eventual placement at Euston station, involved a lot of hard work by a committed group of supporters, but there are some who deserve a particular mention.
First, I should like to congratulate the sculptor, Mark Richards, for producing a beautiful statue and for telling the story of Captain Flinders with such elegance.
I should also like to acknowledge and thank the many people and organisations who have contributed financially to the project.  Although backed by the Government of South Australia, this has been a privately funded initiative.
Finally, I should like to congratulate the Steering Committee for achieving so much.  You have truly honoured the memory of Captain Flinders in London.
In closing, I would like to make two brief observations about the figure…I should say figures….not to forget Trim the cat.
First, I appreciate the way this work communicates Captain Flinders as a man of action, strength and determination.
Second, I very much appreciate the sensitivity of the inscription around the base of the statue.
Some of you may know that Matthew Flinders had an indigenous Australian on board HM Sloop Investigator…an indigenous Australian with whom he clearly had a close rapport.  His name was Bungaree, a person Flinders described as “worthy and brave”.  "Worthy and brave" is a description that is just as apt for Captain Flinders himself.
Thank you for inviting me to commemorate this great man with you all.
Thank you.

From The Duke and Duchess of Cambridge News website

Posted by Mark Richards at 12:33 AM No comments:

The work is transported from Castle Fine Arts Foundry in Wales to Australia House for the unveiling ceremony. 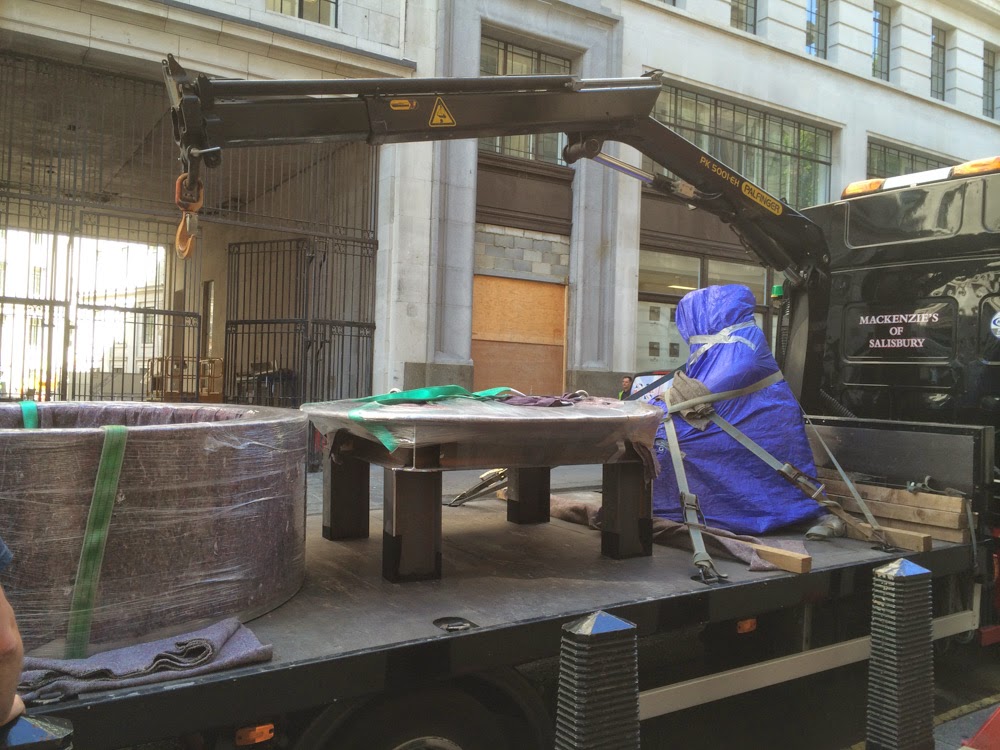 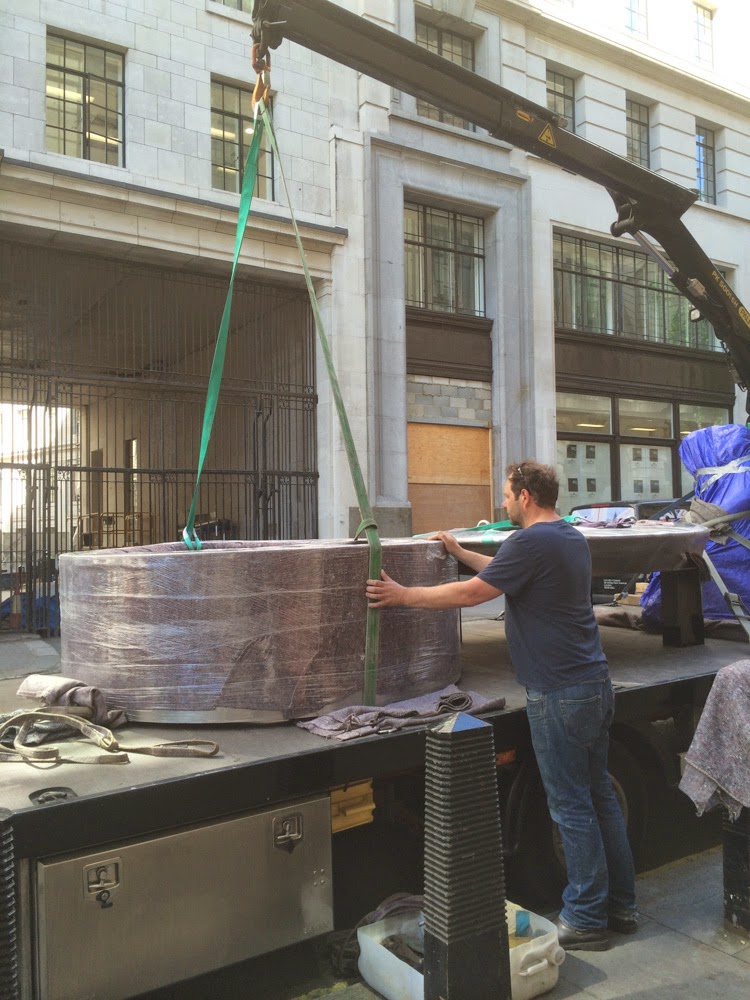 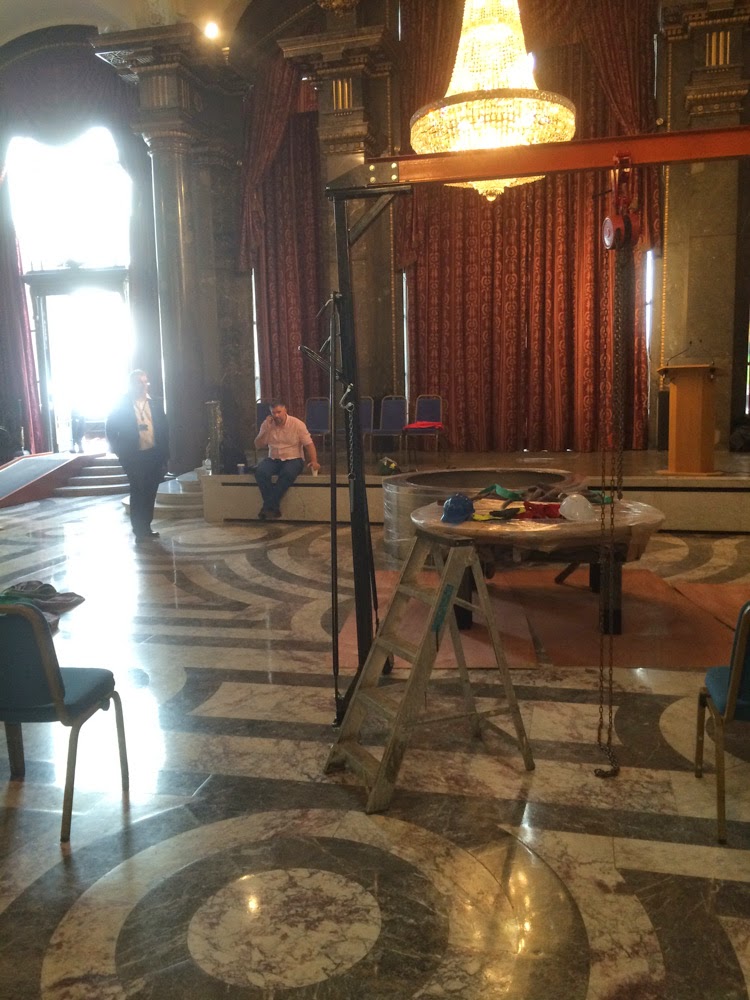 Posted by Mark Richards at 8:00 AM No comments: 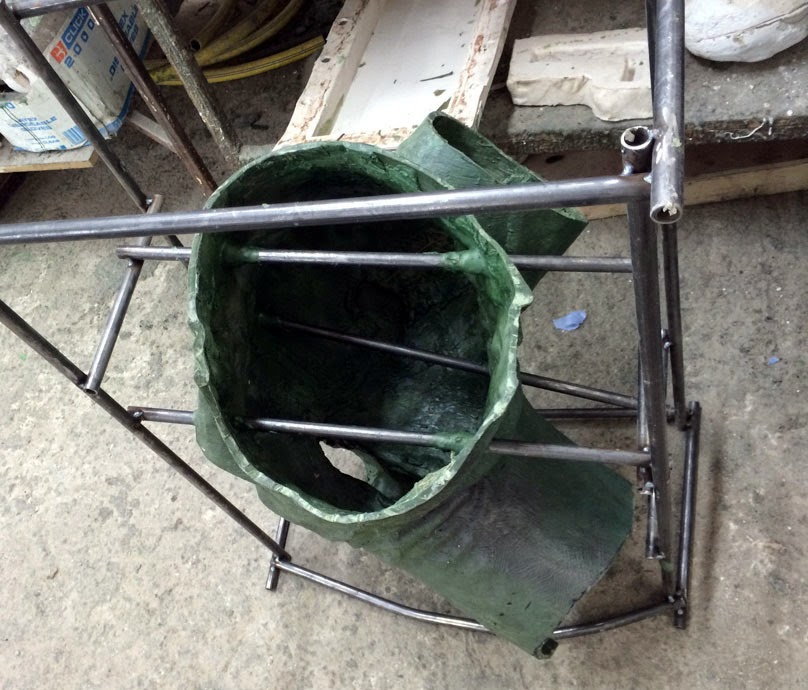 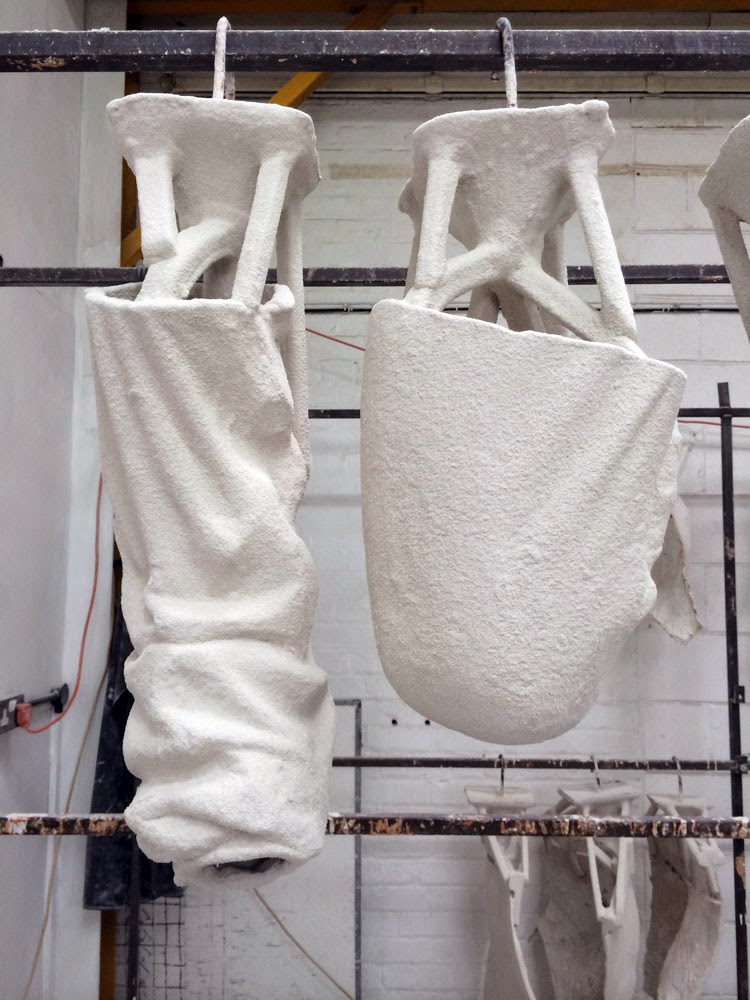 Posted by Mark Richards at 9:16 AM No comments:

Justin, it turns out, is a top garden designer www.justinspink.com

The clay figure was pretty well ravaged during the moulding process, but I pieced together what was left to give Frances and Justin an idea of the completed clay. 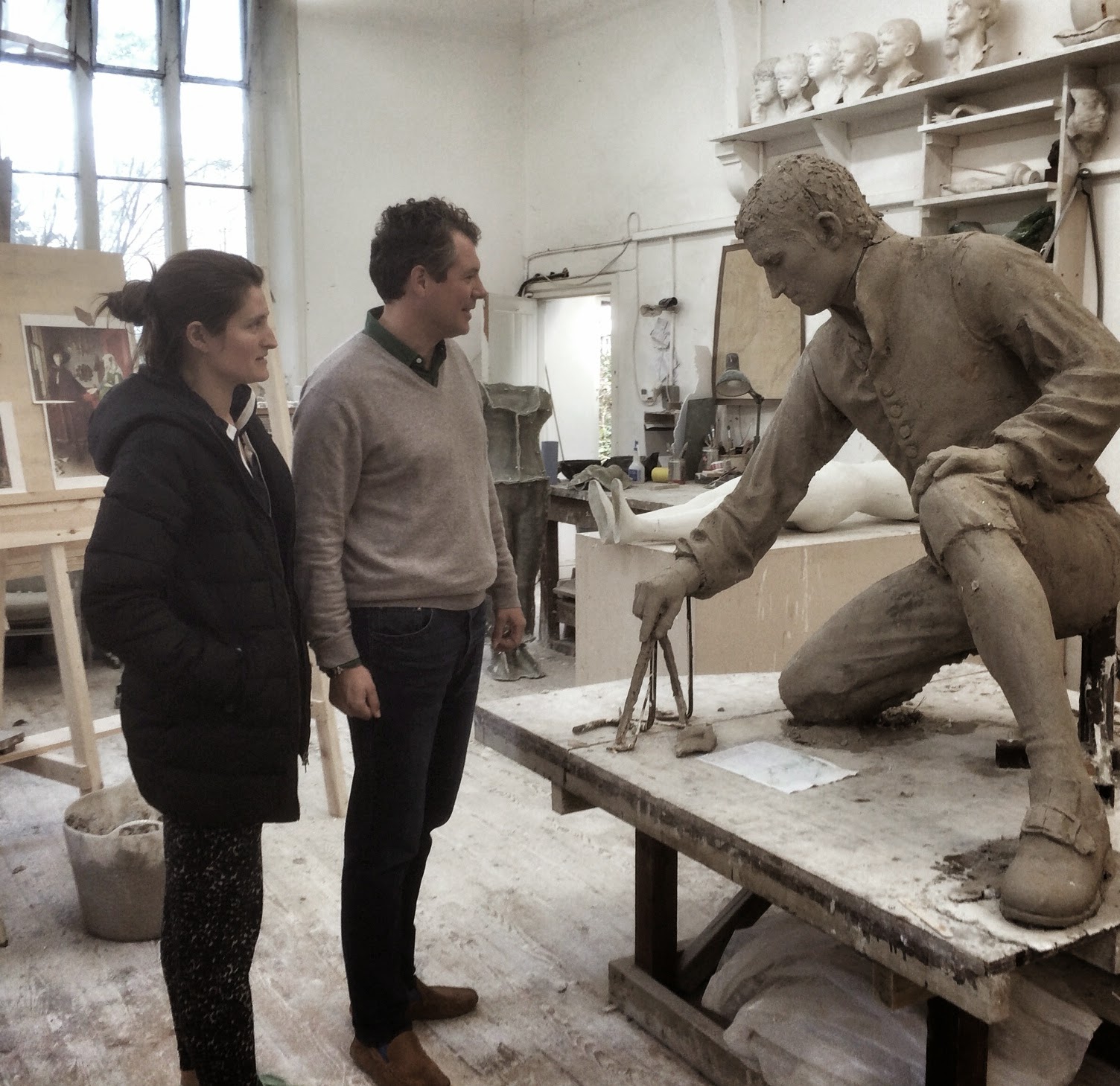 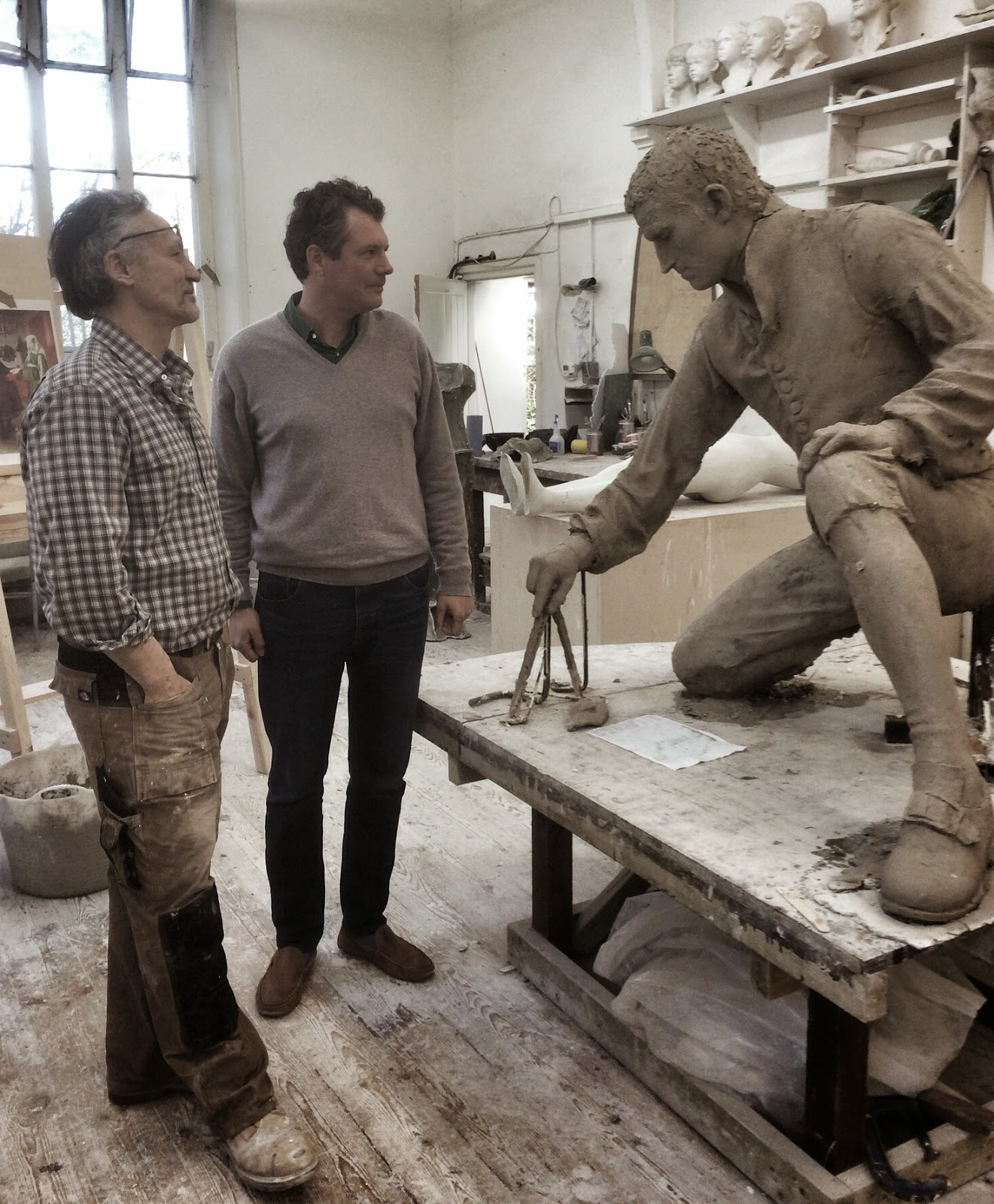 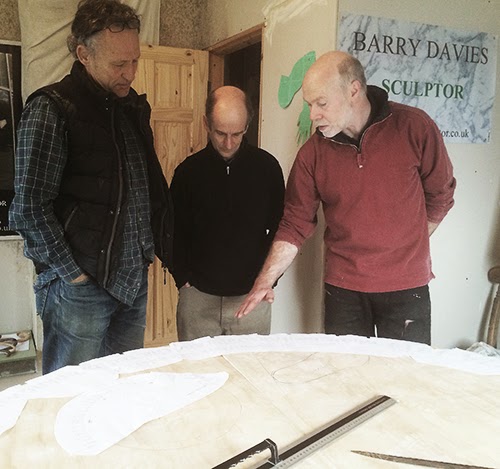 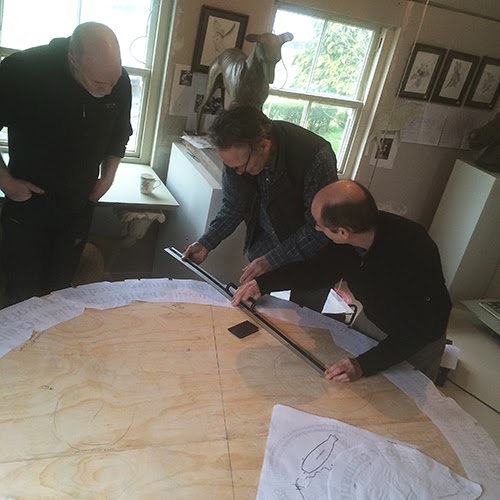 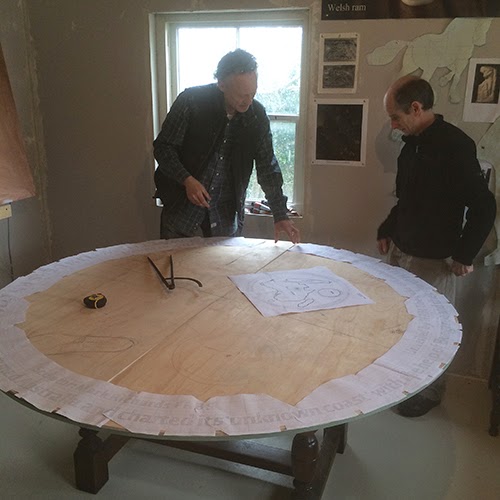 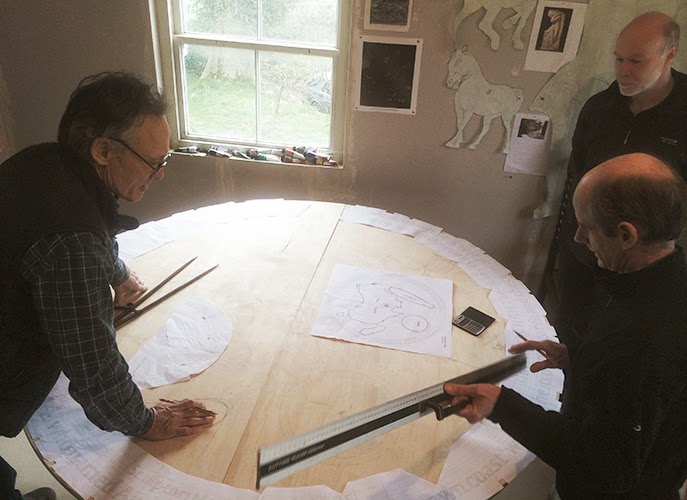 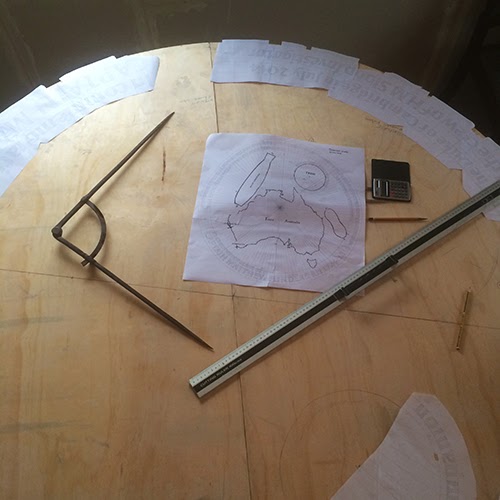 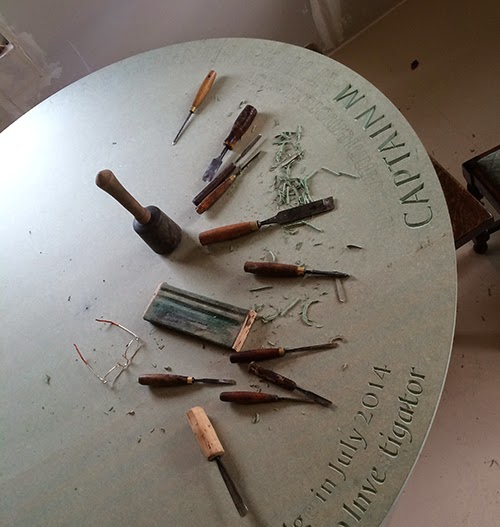 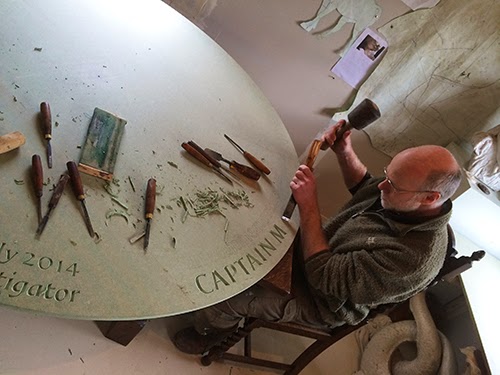